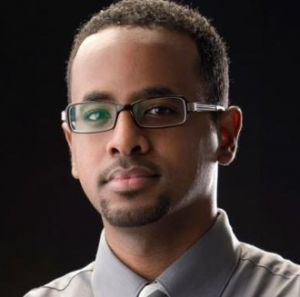 Amir is the formerly anonymous Arab Spring activist behind the internationally acclaimed sociopolitical blog The Sudanese Thinker, which inspired the rise of the Sudanese digital activism scene. When he was 26, Amir’s first book was released, the memoir My Isl@m: How Fundamentalism Stole My Mind – And Doubt Freed My Soul. It was subsequently banned in Sudan and Malaysia, which forced him to seek political asylum in Canada.

This was an extraordinary conversation in that it provided the unique opportunity to get an “inside” view of one man’s journey to an Integral Islam. From the time he spent as a child in a mosque in Qatar, memorizing passages from the Koran, and tapping into a blissful yet intensely charged sense of oneness that he knew was real; to being convinced, while still an impressionable youth, that his intelligent questions were really the voice of Satan; to his self-transformative discovery of the liberal Arab blogosphere, Amir’s life has been a dynamic evolution of spiritual and intellectual consciousness.

Listen to Amir Ahmad Nasr on Beyond Awakening