THE QUR’AN FOR SPIRITUAL SEEKERS telecourse 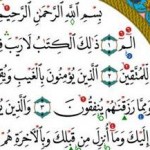 I have wanted for a long time to attempt to share my enthusiasm for the Qur’an and the truth that can be found in it when it is approached without too many preconceptions. With my dear friend and colleague, Mahmoud Mostafa, we would like to explore what the Qur’an says about the deeper matters of the spiritual life. In other words, what does it say to those who have committed themselves to the spiritual journey.

IN JUNE WE CONCLUDED this four-week live telecourse with about 100 people (using telephone conference calls that have now been archived) which included 5x a week email selections from the Qur’an with commentaries, and an online “practice circle” to engage with a community of seekers from around the world. The course can still be accessed online, though without the benefit of a live practice circle.

The Qur’an has had an incalculable effect on some of the greatest minds of humanity and on humanity itself. And yet it remains surprisingly unapproachable to many.

The Friends of God (the saints, awliya in Arabic) find in the Qur’an the axioms of a spiritual science, the metaphors that touch the soul, and secrets that whisper to the heart.

If you are interested in taking the archived version of this course email Mary Ann: brussat@spiritualrx.com