‘Dear Muslims, don’t wait for a savior’ by Mustafa Akyol 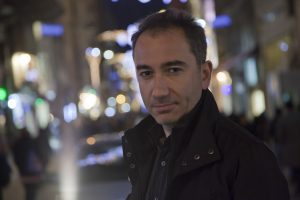 On Oct. 22, an interesting symposium was held by Kuramer, or the “Qur’an Research Center,” at May 29 University, a government-owned Islamic institution for higher education in Istanbul. The topic was “The Faith in the Awaited Savior.” More specifically, what was addressed was the Islamic belief in the “Mahdi,” or the Islamic version of the Jewish Messiah, who is expected to emerge at the end of times and save Muslims, and ultimately humanity, from evil.

The speakers of the event, which was publicized in the media, included prominent scholars of theology, some of whom are also columnists in the pro-Islamic media. Many of them argued that while neither the Qur’an nor the undisputed sayings of the Prophet Muhammad foretell a savior to come at the end of times, this belief emerged in the first centuries of Islam due to the political needs of the Muslim community. Some argued that the myth was incorporated from pre-existing faiths such as Judaism and Christianity, and even pagan traditions.

What makes these arguments timely, and politically significant, is their relation to the controversy over the Gülen Community. There is now almost national consensus in Turkey that the Gülen Community was not only responsible for the failed coup attempt, but also that it is motivated by its belief that Gülen is the “awaited Mahdi.” (Gülen and his spokesmen publicly deny this notion, but certain defectors of the group confirm that there is such a belief in the core group.)

This controversy does not make all other Islamic voices in Turkey condemn the notion of the Mahdi – which is also very powerful in Shiite Islam – as a myth. Some of them merely condemn Gülen as a “fake Mahdi,” assuming that there could be a “true Mahdi” someday. But this particular symposium defied the very notion of a Mahdi. This is a significant “reformist” step in Islamic parlance, a reformist step forced not just by theological rumination, but also by Turkey’s peculiar political context.

Whatever the contextual reason for rethinking the notion of a Mahdi, I think it is the right thing to do. I also agree with most of the scholars who spoke at the Kuramer symposium. As they rightly point out, there is no basis in the undisputable sources of Islam for a savior to come at the end of times. (The hadiths that promise such a savior, in this assessment, fall into the “disputable” category.)

Besides that textual discussion, there are important reasons for doubting the belief in a “Mahdi,” because of its horrible outcomes. Throughout history, various charlatans have emerged among Muslims who declared (or implied) themselves to be the Mahdi, only to claim hegemony over men to satisfy their lust for power.

The notorious Islamic State of Iraq and the Levant (ISIL), in fact, is yet another example of this trouble. The leader of this terror army, Abu Bakr al-Baghdadi, declared himself as “the Caliph,” but it is no secret that among his followers, there are also those who consider him to be the Mahdi. That is also why ISIL has “black flags,” as promised in various Mahdi-related hadiths.

The other reason for debunking the notion of a Mahdi is the intellectual and moral laziness it creates. Awaiting a savior, and having endless discussions over his “signs,” keeps Muslims from focusing on finding remedies to the modern Muslim malaise, such as fostering science, reason, creativity and freedom. Those God-given faculties are the values that will uplift Muslims societies, as they have uplifted other ones, and not some self-designated savior who demands blind obedience.