Muhammad Was A Feminist, by Jim Garrison with Banafsheh Sayyad 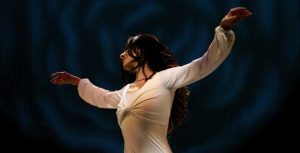 The prophet Muhammad would be appalled by how current Islamic Fundamentalists are treating women under their control. This suppression is done in the name of Islamic Law, known as Sharia. But the current suppression of women is shaped by cultural and history. It has little basis in the Quran and it is certainly not consistent with anything we know about what Muhammad taught or how he treated women. Of all the founders of the great religions – Buddhism, Christianity, Confucianism, Islam and Judaism — Muhammad was easily the most radical and empowering in his treatment of women. Arguably he was history’s first feminist.

This is of critical importance because if there is one single thing that Arabs and Muslims could do to reform and re-vitalize their crisis ridden cultures, it would be to liberate their women and provide them with the full rights women are enjoying in more and more countries around the world. Women’s equality is key to a real Arab Spring.

Among the founders of the great religions, Confucius barely mentioned women at all and assumed in all his teachings that they we subordinate to men within a patriarchal order. Buddha taught that women could become enlightened but had to be pressured three times before allowing women to become nuns, and then only on the condition, as he put it, that the highest nun would be lower than the lowest monk. In the Gospel accounts, Jesus did not explicitly comment on the status of women, although he did associate with women of ill repute and with non Jewish women. Moses was thoroughly patriarchal and there is virtually nothing in the Torah that indicates specific concern about women’s rights.

Muhammad was fundamentally different. He both explicitly taught the radical equality of women and men as a fundamental tenet of true spirituality, and he took numerous concrete measures to profoundly improve the status and role of women in Arabia during his own lifetime. Muhammad was sensitized to the plight of women because he was born poor and orphaned at a very early age. He was also illiterate. He knew as few did what poverty and social exclusion meant.

Confucius was born into the gentry scholar class of ancient China. Buddha was born a wealthy prince in Nepal. Jesus was born the son of a carpenter with royal lineage and within a tightly knit Jewish community in Palestine. Moses was born into a Hebrew family and raised in the palace of the Pharaoh of Egypt. Muhammad had none of these advantages. Thus while other religious leaders seemed strangely silent about the oppression of women, Muhammad dramatically raised the status of women as a matter of religious conviction and state policy. Consider the following:

During seventh century Arabia, female infanticide was commonplace. Muhammad abolished it. A saying in the Hadith (the collection of sayings of Muhammad) records that Muhammad said that the birth of a girl was a “blessing.” Women in Arabia at that time were essentially considered property and had absolutely no civil rights. Muhammad gave them the right to own property and they were extended very important marital and inheritance rights.

Prior to Muhammad, the dowry paid by a man for his bride was given to her father as part of the contract between the two men. Women had no say in the matter. Muhammad declared that women needed to assent to the marriage and that the dowry should go to the bride, not the father; furthermore, she could keep the dowry even after marriage. The wife did not have to use the dowry for family expenses. That was the responsibility of the man. Women were also given the right to divorce their husbands, something unprecedented at that time. In a divorce, the woman was empowered to take the dowry with her.

Women were extended inheritance rights as well. They were only given half as much as their brothers because the men had more financial responsibilities for family expenses, but with Muhammad, women became inheritors of property and family assets for the first time in Arabia. At the time, this was considered revolutionary.

Muhammad himself was often seen doing “women’s work” around the house and was very attentive to his family. His first marriage to Khadija was monogamous for the entire 15 years they were married, something rare in Arabia at that time. By all accounts, they were deeply in love and Khadija in fact was the first convert to Islam. She encouraged Muhammad from his very first encounter with the angel Gabriel and the recitation of the first suras that were to become the Quran.

After Khadija’s death, Muhammad married 12 wives. One was Aisha, the daughter of his closest friend and ally Abu Bakr. The rest were nearly all widows, divorced women, or captives. He preached consistently that it was the responsibility of men to protect those women who had met with misfortune. This was one of the reasons polygamy was encouraged. Even with female infanticide, women in seventh century Arabia far outnumbered men because so many men were killed in the inter-tribal warfare of the day. Several of Muhammad’s wives were poor and destitute and he took them in, along with their children, into his household.

His wife Aisha took a leadership role after his death in bringing together the Hadith and another wife played a leading role in gathering together the suras that comprise the Quran. Each of the 114 suras that comprise the Quran with the exception of sura 9 begin with the words Bismillah al Rahman al Rahim. Translated most commonly as “In the Name of God, all compassionate, all merciful,” the deeper meaning of this phrase is “In the Name of the One who births compassion and mercy from the womb.” This invocation of the feminine aspect of Allah is key to an Islamic Renaissance.

Finally, there is nothing in the Quran about women wearing the veil, the Hejab. That was certainly the custom in Arabia at that time and Muhammad’s wives wore the Hejab to designate their special status as “Mothers of the Believers,” but the only thing the Quran says directly is that women should dress “modestly.” Muhammad said the same thing to men. For him, modesty of dress was expressive of modesty of the heart. Muhammad himself, even when he was supreme leader, never wore anything more than simple white woolen attire.

So radical were Muhammad’s reforms that the status of women in Arabia and early Islam was higher than any other society in the world at that time. Women in 7th century Arabia had rights not extended to most women in the West till recent centuries over 1,000 years later. The fact that women have ended up in such a degraded position in many contemporary Arab/Muslim counties is a tragedy and needs to be rectified if the Islamic culture and civilization is to flourish again as it did during the Abbasid Caliphate from the 8th – 13th centuries when Islamic civilization was a shining light to the world. Liberating women would have profound effects politically, economically, culturally, artistically, and religiously. It would take the Arab Spring to a whole new level, which is what is so desperately needed in those countries that suffered the first Arab Spring as a stillbirth.

It is time for Islam to liberate women fully and do so upon the example of Muhammad and the authority of the Quran that holds compassion and mercy as the first and foremost attributes of Allah.